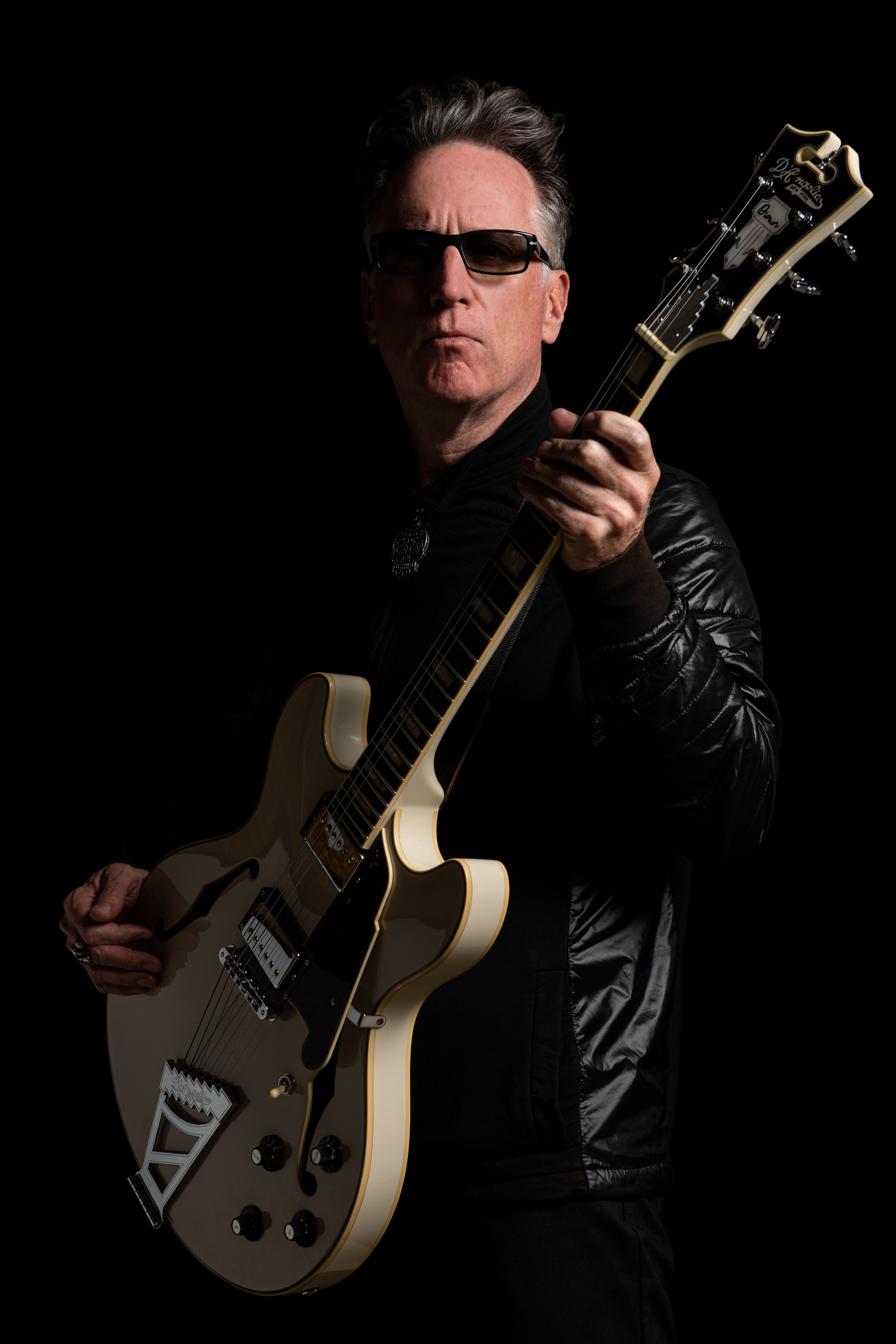 “A player of many strands – plays in many guises – could show up anywhere, and get the job done quite beautifully !” – Steve Howe, Yes.

!0 Things You May Not Know About me:

1. Teenage Head – One of my first real gigs was in 1980 at L’Amoreaux Collegiate, opening for legendary Canadian punk band Teenage Head, we played Rush, Led Zeppelin, and The Who.

2. Wayne’s World – Mike Myers immortalized the name of my first band “Crucial Taunt” and used it for the name of the band in the film “Wayne’s World”, it’s all good, he’s from the hood, and asked permission.

3. Platinum Blonde – For 10 years I played with Mark Holmes, 4 of those we toured Canada as Platinum Blonde, and played clubs, arenas, and festival shows, it was an awesome era that ended in 2002.

4. Amanda Marshall – I recorded many demos for Amanda in 1994 just prior to her first release, I also played several concerts, including Nathan Philips Square in Toronto.

5. Zappa – In 2008 at the Mod Club in Toronto, I was called up to the stage to jam with the Zappa Plays Zappa band, it ended with Dweezil and I trading a frenzy of unaccompanied guitar licks.

6. Alex Lifeson – Big Al produced the first DB3 album, but prior to that one evening we had an epic jam of acoustic, classical, and 12 string guitars that was never recorded.

7. Alan Parsons – Alan produced Belmonte which appeared on the debut David Barrett Trio album, but we are also featured in the Alan Parsons Art And Science Of Sound Recording Video Series.

8. Atomsmasher – I have some great endorsements with innovative companies such as D’Angelico, Pigtronix and D’Addario, but did you know I have a signature Mack Atomsmasher DB-40?

9. Massey Hall – I’m only one of two guitarists to play 2112 at Massey Hall on Big Al’s 1976 Les Paul Standard “Stan”, it was a great night, and the band was fantastic, a friend in the audience counted 5 standing ovations.

10. Steve Howe – I’m mentioned in Steve’s totally excellent autobiography “All My Yesterdays”, so I got that going for me…which is nice.